Newsletter 12 – To keep you up-to date

Newsletter 12 – To keep you up-to date

Vinexpo 2017 was a particularly notable success this year, with some 30,000 visitors each day keeping all those who took part fully occupied. And this despite the new competition from trade fairs such as Prowein in Düsseldorf, Germany, and Vinitaly in Verona, Italy, held in March and at Easter. However, this is the reason why Vinexpo is thinking of changing its dates, in order to “resume its leadership”, as some of the major European operators such as Belgium, the Netherlands, Germany and Great Britain were noticeable by their absence.

In the meantime, Bordeaux City Bond was able to make this most of the week by inviting their partners and customers to join them for lunch, together with representatives from the Bordeaux CCI, at the Pavillon du Lac, an attractive waterside venue that enabled them to share a convivial and more intimate moment. Their customers also made the most of the chauffeur-driven car provided for the journey between the warehouse and the fair, particularly appreciated given the high temperatures experienced in Bordeaux at the time!

Vinexpo, is also an opportunity to make new discoveries, for example tasting wines such those from Adelaide in South Australia, or from Hentley Farm. And not only wine, with spirits also being present at the fair, including the Moon Harbour whiskies whose distillery will shortly be installed in the former submarine base in Bordeaux.

But activities were not limited to the fair itself with local vineyards hosting festive evening events such as the renowned “La Jurade” evening held this year on Saturday 17 June at Château Clos Fourtet in Saint Emilion, where dinner jackets and cocktail dresses were “de rigueur”! Or the “Vignobles et Signatures” event at Château Haut-Selve in the Graves, on Sunday 18 June.

Japan and the European Union: a new free trade agreement

On Thursday 6 July, on the eve of the G20 meeting in Hamburg, Japan and the European Union signed a new trade agreement in Brussels. The JEFTA (Japan-EU Free Trade Agreement) is intended as a response to America’s current trend towards ever-increasing protectionism. Amongst the advances provided by the agreement is the immediate suppression of customs duties for Japanese wine, and French of course, together with reduced duties on cheese.

Bordeaux So Good 2017 opens to wines of the world

From 17 to 19 November, the 4th Bordeaux So Good event, twinned with the Japanese city of Fukuoka, will this year be showcasing wines from around the world. And Bordeaux City Bond is planning an original way to take part in the event. Watch this space for further details in September.

As each year, the warehouse will be keeping its doors open throughout the summer months, with the opening hours remaining unchanged. And you can, of course, count on the Bordeaux City Bond team to assure the same high level of service as during the rest of year. 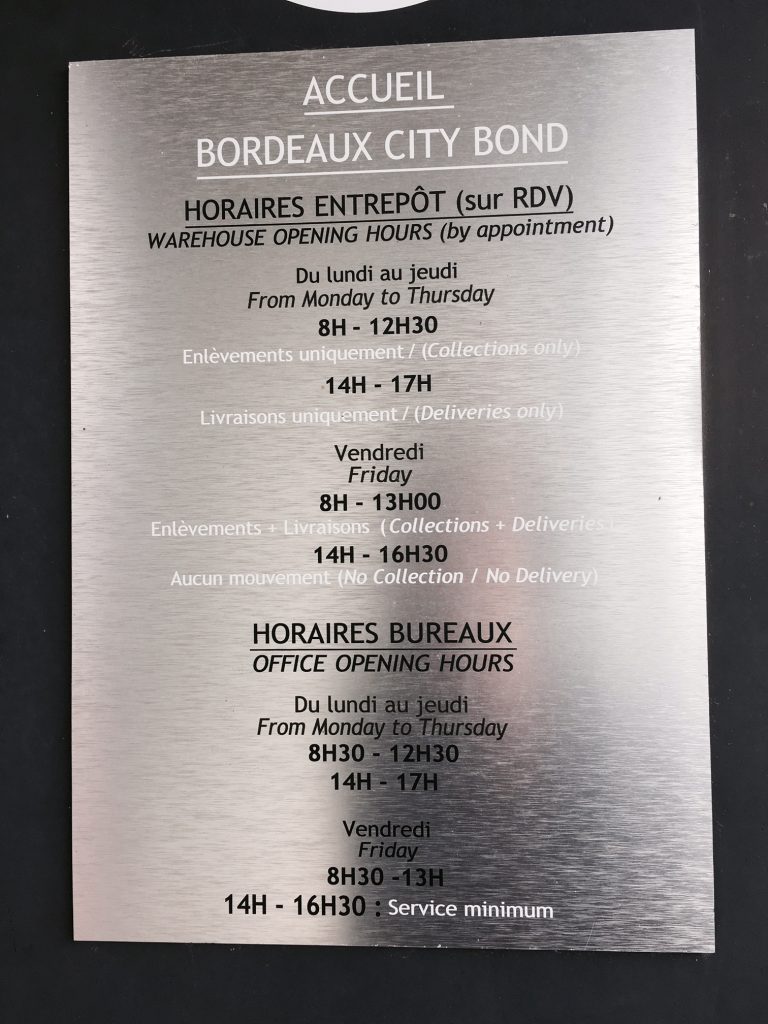