Newsletter 11 – To keep you up-to date

Newsletter 11 – To keep you up-to date

The beginning of this year was particularly rewarding for Bordeaux City Bond in terms of marketing contacts. By accompanying the French Tech delegation to the CES in Las Vegas, held from 5 to 8 January 2017,  Mélusine Ampe, the warehouse’s Managing Director, was able to take advantage of the event to visit American customers based on the West Coast. California and the Napa Valley, a veritable paradise in so many ways and a real pleasure to visit, also offered Mélusine Ampe the occasion to get to know customers that she had not previously been able to meet. Bordeaux City Bond, infinitely more than just a warehouse, takes as much care of its customers as it does of their wine. Which is, of course, why it is so important to take the time to meet them, to discuss their needs, seek out the most appropriate solutions and generally earn their trust. Hence our signature “We treasure your wine”.

This was our mindset when, last February, we welcomed  Julian Poh, our “ambassador” and CEO of the company Bordeaux Liquid Gold, accompanied by 25 of his customers. All were interested in the broad range of features offered by the warehouse, such as confidentiality, security and tailor-made services, that guarantee the best possible storage conditions for their wines. An evening out in Bordeaux with a visit to the Cité des Vins and dinner in the heart of the golden triangle, in the restaurant directed by Michelin-starred chef Philippe Etchebest, then offered an opportunity to become better acquainted in a more relaxed atmosphere. 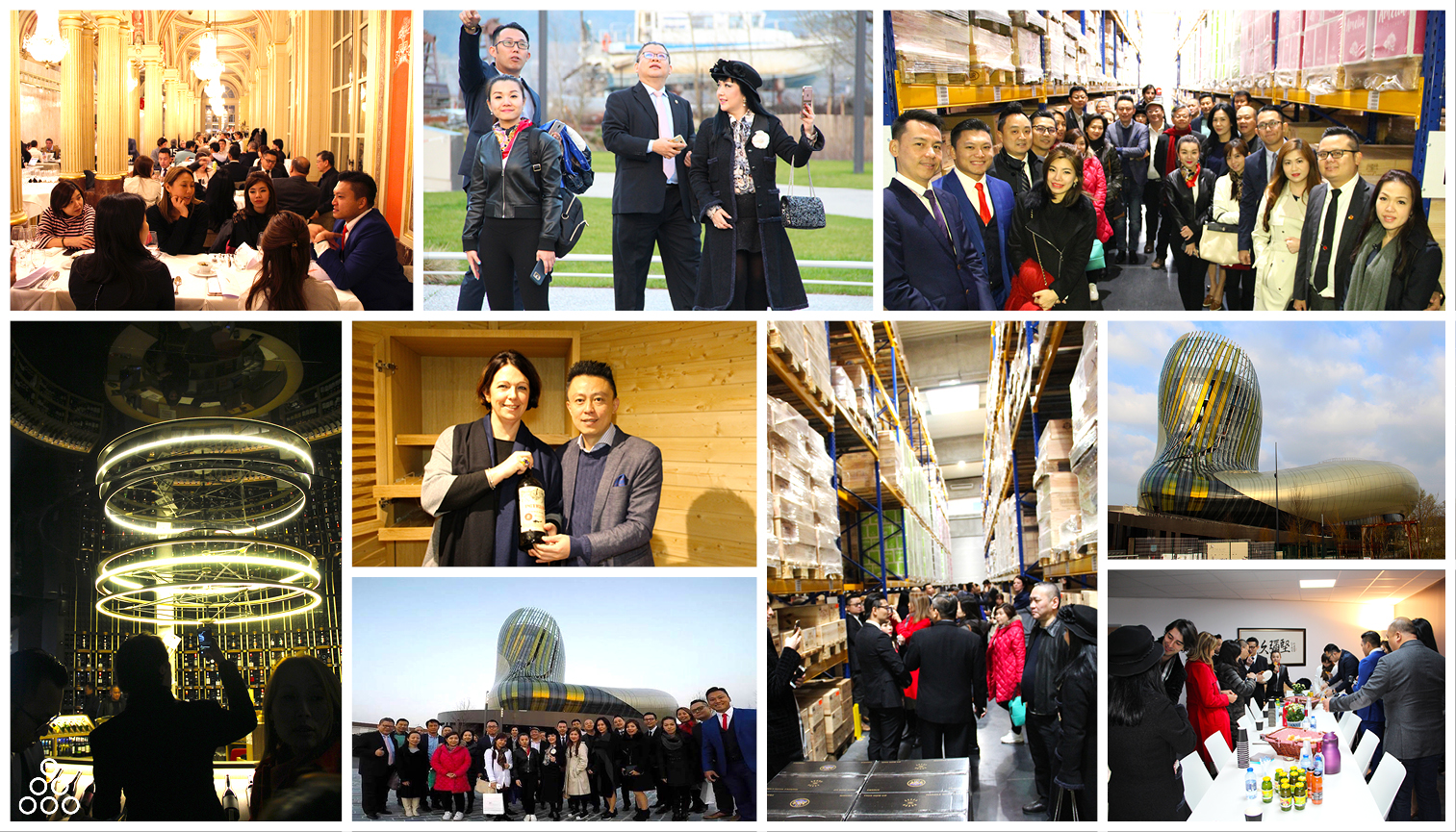 Bordeaux City Bond and Chronopost, a partnership that works

On Thursday 16 February 2017, to celebrate the first anniversary of the partnership between Bordeaux City Bond and Chronopost, the warehouse opened its doors to the press. Agnès Grangé, La Poste Regional Delegate, Philippe Dumand, President of Bordeaux City Bond, Frédéric Bernard, Marketing and Public Relations Director for  Chronopost and Thomas Hébrard, President and founder of U’Wine, a wine merchant dedicated to private clients, were present to welcome the journalists and spent an hour describing the background, success and development of the project. A tour of the warehouse then followed, together with an informal and warmly-appreciated buffet.

Launched three years ago, today the Chronoviti Bordeaux Gironde service offers a unique solution that has become an essential for both producers and merchants in the Bordeaux area. Simple, rapid and interactive, it presents the best way of meeting wine industry needs in this domain.  Chronoviti Bordeaux Gironde offers a complete service, including the storage, preparation and shipping of wine in bottles, within France and to over 230 countries in Europe and around the world.

If the bond warehouse, created by the Bordeaux Gironde CCI, continues to look forward to a bright future, this is also due to its ambitious aim of reinforcing the competitiveness of the economic operators concerned and the overall sales package for grands vins. In addition, bottles stored in a bonded warehouse whilst awaiting export are now able to be sold on the French market. Further strengthened by its success, the partners are planning to extend the logistics solution to other regions.

Primeurs 2016 is an unmissable event. Each year wine merchants from all four corners of the globe come to sample the freshly assembled Bordeaux wines and appreciate the seasonal taste of renewal. Once again this year, the wines of Bordeaux have surprised and are generally agreed to be “of high quality”. According to Ariane Khaida, Managing Director of the wine merchants Duclot, in the 2016 vintage there are “fewer woody notes in the wines overall, the maturation is more discreet, more delicate, certainly favouring freshness and complexity, and expressing all the diversity of the terroirs“. In her opinion, as a businesswoman well-known in the field, the Parker era is now coming to an end. 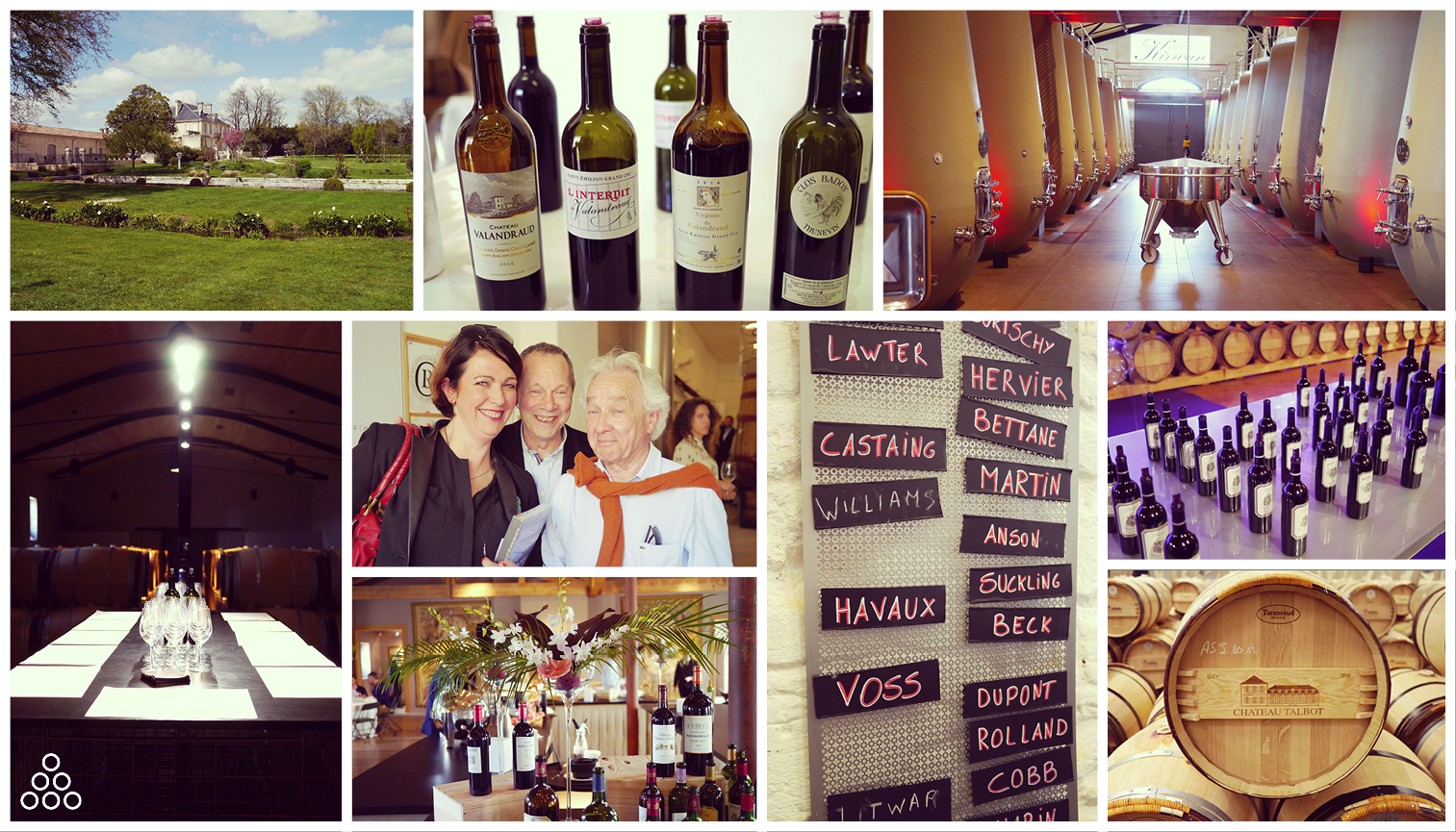 The Primeurs brings together the finesse and elegance of the wines, sensorial pleasure and the serenity of the terroir, without of course forgetting the creativity of the artists in search of well-being and inspiration. Proof by photo…

This year’s Vinexpo will be held from 18 to 21 June inclusive at the Bordeaux Parc des Expositions. To make the event easier and more enjoyable for their customers, Bordeaux City Bond will not only be offering the services of a chauffeur-driven vehicle to take them to and fro but will also be inviting them to share a convivial lunch on-site. To reserve, please contact your Bordeaux City Bond associate as the number of places is limited.